A lot of people have followed the tutorial in Google for making Tab’s layout in Android. I followed the guide but soon got into strange errors..

Bumping my head against the keyboard of reason that I did not find where the errors where, that was the cause of the application to crash each time.

For those that still have problems, here is some change of the code that must be made:

Step 2
When creating your activities in the manifest file (AndroidManifest.xml), it should looks like this afterwords:

The third to last line under /res/layout/main has a typo, it should be a ; instead of an :
[sourcecode language=”java”]
….
android:padding=”5dp” />

There is an error when calling mTabHost, it should be tabHost.

Then on the last line there is a fault, when using getIntent().
Change this to:
[sourcecode language=”java”]
tabHost.setCurrentTabByTag(“albums”);
[/sourcecode]

We build solutions for end users and developers, to facilitate solutions to the broad group of users.
We try to have the environment in mind with optimization and artificial intelligence to solve and improve solutions.
We do not see anything as impossible, more as an opportunity. And we strive for a better environment for our future generations. 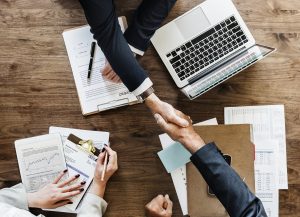